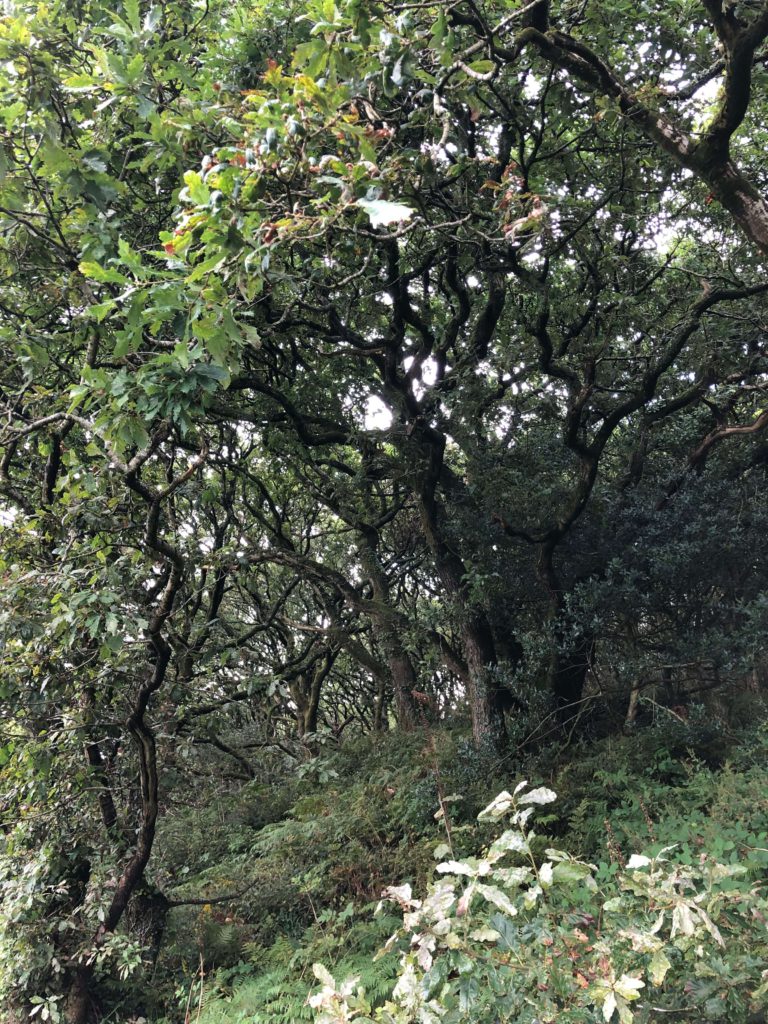 Inside the forest, it was dark. Ancient oak trees spread overhead to create a thick canopy of leaves, blotting out the sky. Shafts of sunlight penetrated only in patches and it was cooler, as if the forest carried with it its own weather, separate from the day outside.

“Are you sure this is the way?” said Alfie, scrambling up the hill after his sister.
“I don’t know alright?” replied Eva sharply, staring at her phone as she strode on ahead. “I’m still trying to get a signal.”
“That’s what you said, like, half an hour ago.” said Alfie, holding up a chubby wrist. “We should have stuck to the path like I said. Then we wouldn’t be lost!”
“We’re not lost.” retorted Eva. “Look, we’re nearly at the top of the hill. There’s bound to be something on the other side.”

But there wasn’t. There were only more trees, thickening into an impenetrable distance.

The forest seemed to grow darker here, more gnarled and the children were quieter as they went, nervously looking up at the great oak trees that surrounded them. With their wrinkled old trunks and branches bearded in moss, the trees looked like sentinels, silently watching as the children passed deeper into the forest.

“Evie,” said Alfie in a small voice after a while. “I’m a bit scared.”
“Scared? What’s there to be scared of? It’s only a bunch of old tr… ” began Eva but then she stopped. Standing in front of them was an old man.
“Where did you come from?” exclaimed Eva, staring at him in astonishment. He was, in fact, an extremely old man with a tangled white beard and even whiter hair and he was carrying a wooden staff.

“From the forest.” replied the man in a melodious voice. “Where did you come from?”
“We were on our way to the seaside but our parents got lost!” said Alfie excitedly. “So they parked up to look at the map – only they can’t read maps so they started arguing! And me and my sister went to check out the forest – then we got lost!”
“You do not live in the forest?” asked the man.
“We live in London!” replied Alfie, grinning confusedly.
“Who lives in the forest?” said Eva, staring at the man.
“Once upon a time, we all lived in the forest.” replied the man and his eyes, which were a brilliant azure blue, seemed to darken with the weight of the loss. “Once, forests like this one covered the entire country.”
“Right…” said Eva, frowning. “And…do you live in the forest?”
“As long as there is a forest, I shall live here.” replied the man.
“Great! Then you must know the way out?” said Alfie briskly.

The man bowed wordlessly, gesturing for them to follow him through the trees.

“So do you, like, live in a tree-house?” asked Alfie.
“I have no house.” replied the man. “The trees provide my shelter. The leaves, comfort. The wood, warmth.”
“Is that why you’re not wearing any shoes?” asked Eva suspiciously.
“What need have I for shoes when the forest provides such a carpet?” he replied and the children saw that up ahead, the floor of the forest was sprinkled with thousands of tiny blue flowers, glowing like fairy lights under the darkened canopy.

They followed the old man through the flowers to a tinkling stream that led off down the hill.

“Ah, we’re back here.” said Eva, looking around. Then she frowned. “But how did you know where our parents were parked?”

The old man pointed to the canopy and through the leaves, hanging behind them like a painting, the children could see fields, great dazzling squares of green rolling one after another, into a cobalt sea.

“What you were looking for?” he said.

They followed the stream down the hill until the children spotted a splash of yellow paintwork and then their parents, hunched over the bonnet of an enormous 4×4. Amazingly, they were still arguing.

“So much for mum and dad being mad.” snorted Eva. “They haven’t even noticed we’re gone!”
“But they must of! It‘s been, like…” began Alfie. Then he stopped.
“What?” asked Eva.
“My watch says it’s still two!” replied Alfie, staring at her.
“Two? As in the time we left mum and dad?” exclaimed Eva. “You must be looking at it wrong!”
“No I’m not!” said Alfie indignantly. Then he turned to the man. “Have you got the time?”
“Time passes differently in the forest,” he replied.
“But we’ve come out at the same time?” said Eva, frowning perplexedly at her phone. “The same time, although we’ve been walking for ages! How is that even possible?”
“Think of the forests… as a way into the past.” replied the man, closing his eyes. “You may enter them in your time but if you keep on walking, who knows where you will end up. You may end up in my time – or some other time entirely. But what I do know is that without the forests, there is no way back.” he went on, opening his eyes and looking directly at Eva. “That is why you must protect them.”

Eva was staring at the old man but then she heard her parents, distantly calling their names. Alfie set off down the hill, waving excitedly, but Eva turned to the man.

“I‘m sorry – what did you say your name was?” she said.
“My name is Myrddin.” replied the man, his face crinkling into a kindly smile. “But in English, you would say Merlin.”
“Merlin?” repeated Eva incredulously.
“Come on Evie!” called Alfie from the bottom of the hill.
“I’m coming!” shouted Eva. Then she turned back to Merlin. But he had disappeared into the forest. 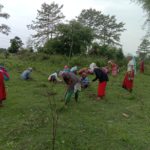 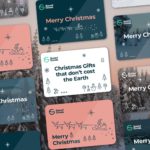 Why Planet-Positive Gifting Is The Future 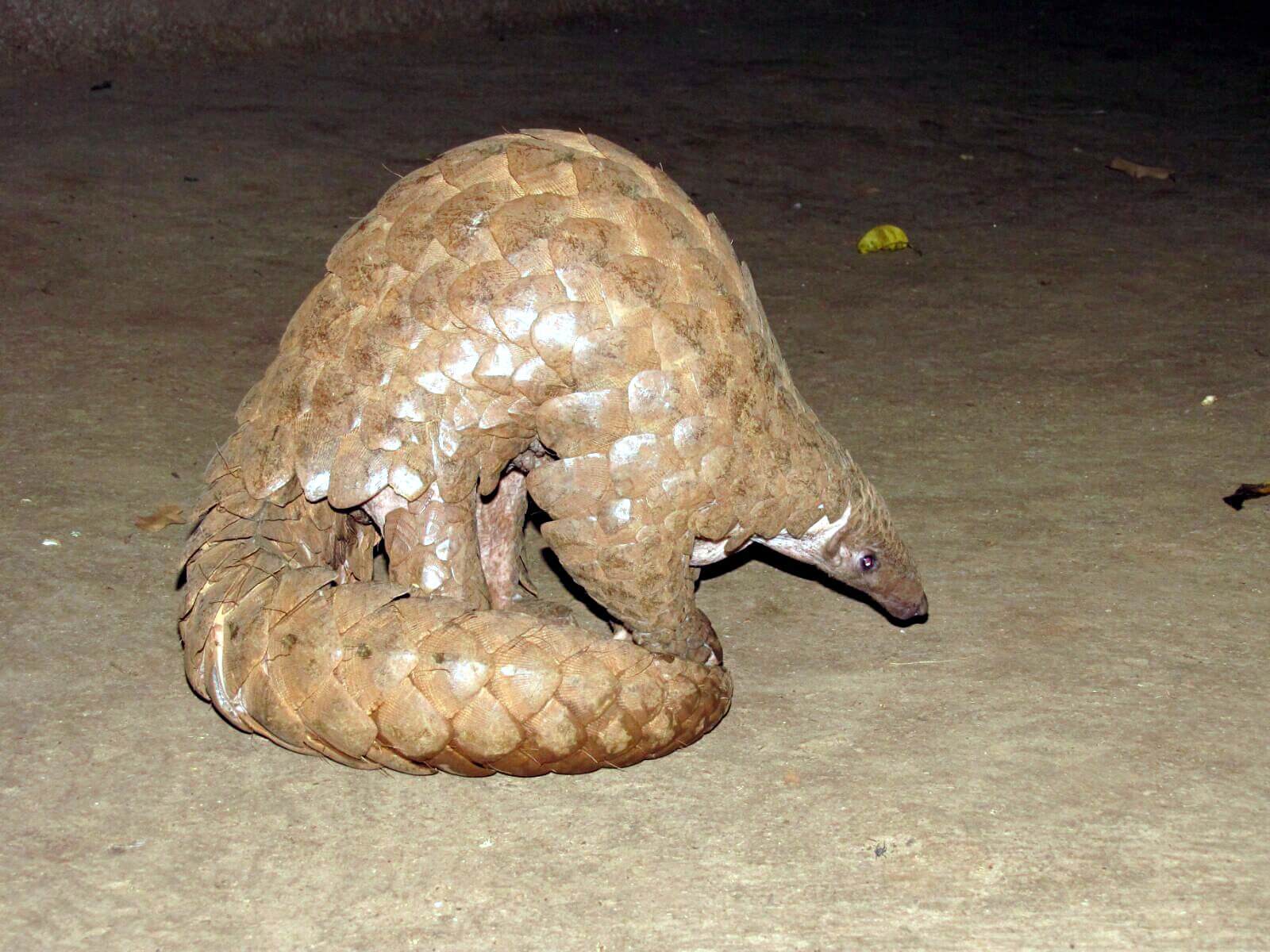