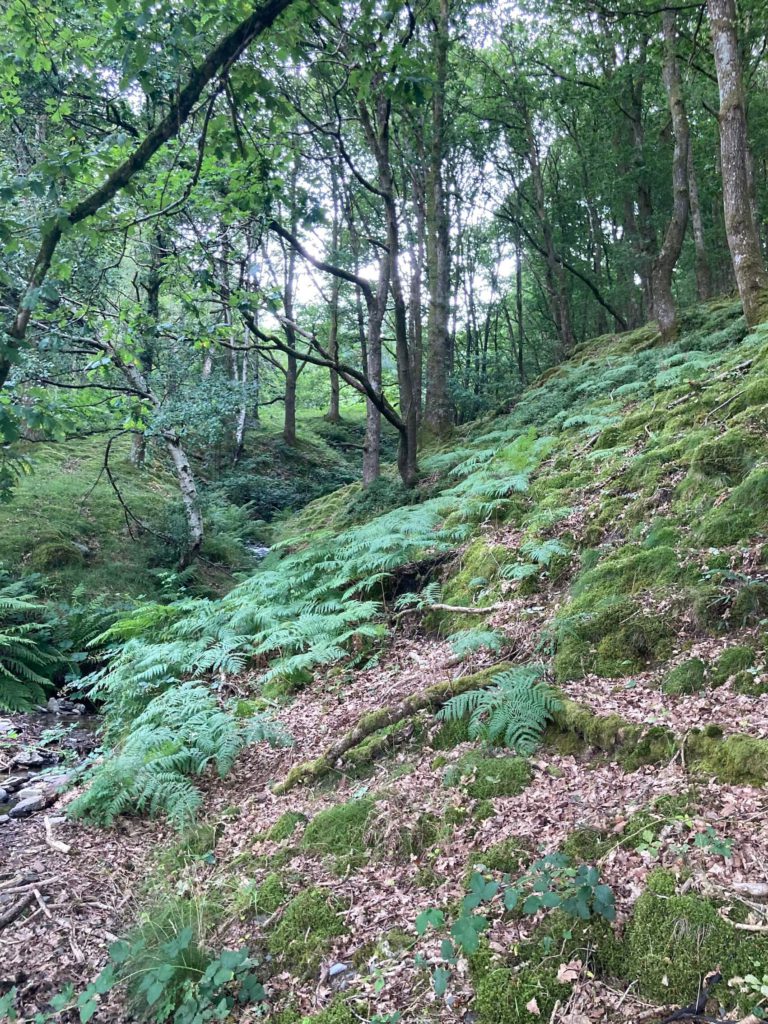 Central to Welsh folklore, Wales’ upland oak woodlands suffered the slings and arrows of English seizures, hungry ruminants and the 20th century world wars. Sacred Groves’ project at Girgin Prysg is a model for upland oak woodland generation that might help these ancient trees weather the challenge of our century: a changing climate.

A Welsh folk poem dating back to the 14th century Derwen Ceubren yr Ellyll, or ‘The Hollow Oak, Haunt of Demons’ tells of an ancient oak that bears witness to the betrayal of Welsh revolutionary Owain Glyndŵr by his cousin and English royalist Hywel Sele, supporter of King Henry IV. The cousins embark on a deer-hunting trip, when Hywel turns his sword on Owain, who has suspected his motives and worn chainmail. In a fight to the death, Hywel is vanquished by Owain and:

Owain conceals Hywel’s body in the old oak’s great trunk and never tells of the murder, only bespoken by the oak, which grows gnarled and twisted in its dark knowledge until, many years later, Hywel Sele’s widow leads a band of men to split the oak’s great bole to find her husband’s body within, a rusting sword clutched in its skeletal hand.

Hallowed by the Celts, great oaks traditionally served as meeting spots and boundary-markers to Welsh wayfarers in an era when upland oak woodland – dominated by sessile oak (Quercus petraea) and local pedunculate oak (Quercus robur) and typically supporting 500-plus plant and animal species as well as other trees such as alder, ash, birch, hazel, holly, and rowan – covered much of Wales’ landmass.

These days woodland only covers 14 percent of the current land surface in Wales (in comparison to a European average of 37 percent), and as of 1998, only 38 percent of Welsh woodland was composed of native species such as oak (Welsh Assembly Government, 2013). This process of gradual deforestation is thought to be down to many factors, including destruction of woodlands during English King Edward I’s seizing of Welsh territories and the hunting-to-extinction of apex predators such as the Eurasian lynx (Lynx lynx), European brown bear (Ursus arctos) and the grey wolf (Canis lupis) from the early to late middle ages (700s to 1500s) resulting in an irruption of herbivores that devoured emergent tree saplings.

The final crisis point for many of Wales’ upland oak woodlands were the World Wars, when a rapacious appetite for timber led to upland oak woodlands being force purchased by the British government’s Forestry Commission, felled and in many cases replanted with non-native fast-growing conifers.

I’m standing in a stretch of upland oak woodlands in a region of mid-Wales whose fate charts the turbulent fate of Wales’ upland oak woodlands. From its slanting escarpments are visible the brooding blues of the Cambrian Mountains and the sheening dams and reservoirs of the Elan and Claerwen Valleys; brushing my ankles as I walk along the woodland’s steep-inclined pathways are mauve heather, fronded ferns and bushes of bilberries, a tiny dark berry that makes a fine late summer pie.

“Those are good indicator species that this is ancient woodland,” says Marc Liebrecht, a Sustainable Forest Management specialist who maintains Gigrin Prysg for Sacred Groves. “As are the lichens that you see on the oaks over there, such as wood bristle-moss and old man’s beard lichen.”

An 11.8 acre stretch of mature oak woodland, Girgin Prysg translates as ‘Gigrin’s grove’, for an 18th century local farm owner. Its ancient trees were felled, Liebrecht believes, for World War Two timber and have since grown back and reseeded naturally from dropped acorns, in higgledy piggledy patches and clusters of oaks.

The oaks also support the growth of rowan and birch trees in the gaps in the canopy left by this natural dispersal of saplings. Deadwood left to rot on the site provides a home for species including blue ground beetle (Carabus intricatus) and crane fly (Lipsothrix errans).

The lack of ruminant grazing on the site will allow further trees to grow from the tender saplings at our feet, Liebrecht says, as Sacred Groves plan to leave the woodland to rewild and reseed naturally, with the help of supporters.

Regenerating Wales’ lost woodlands is, Liebrecht admits, a long game. Easily felled, oaks grow slowly (at around 50cm a year), and it’s hard to predict if pests or erratic weather conditions borne of climate change will threaten the viability of this native species, as has been seen with Ash dieback (Hymenoscyphus fraxineus), a fungus that arrived on British soil in 2012 and which is predicted to kill 80 percent of native ash trees (including a patch on the western edge of the Gigrin Prysg site).

“For dynamic resilience you need mixed wooded ecosystems with different species and ages of tree, and you need time,” says Liebrecht, gesturing at Gigrin Prysg’s boughs. Gigrin Prysg’s venerable Welsh oaks will live, he predicts, to witness other tall tales. 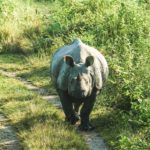 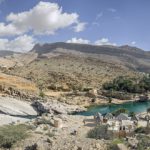 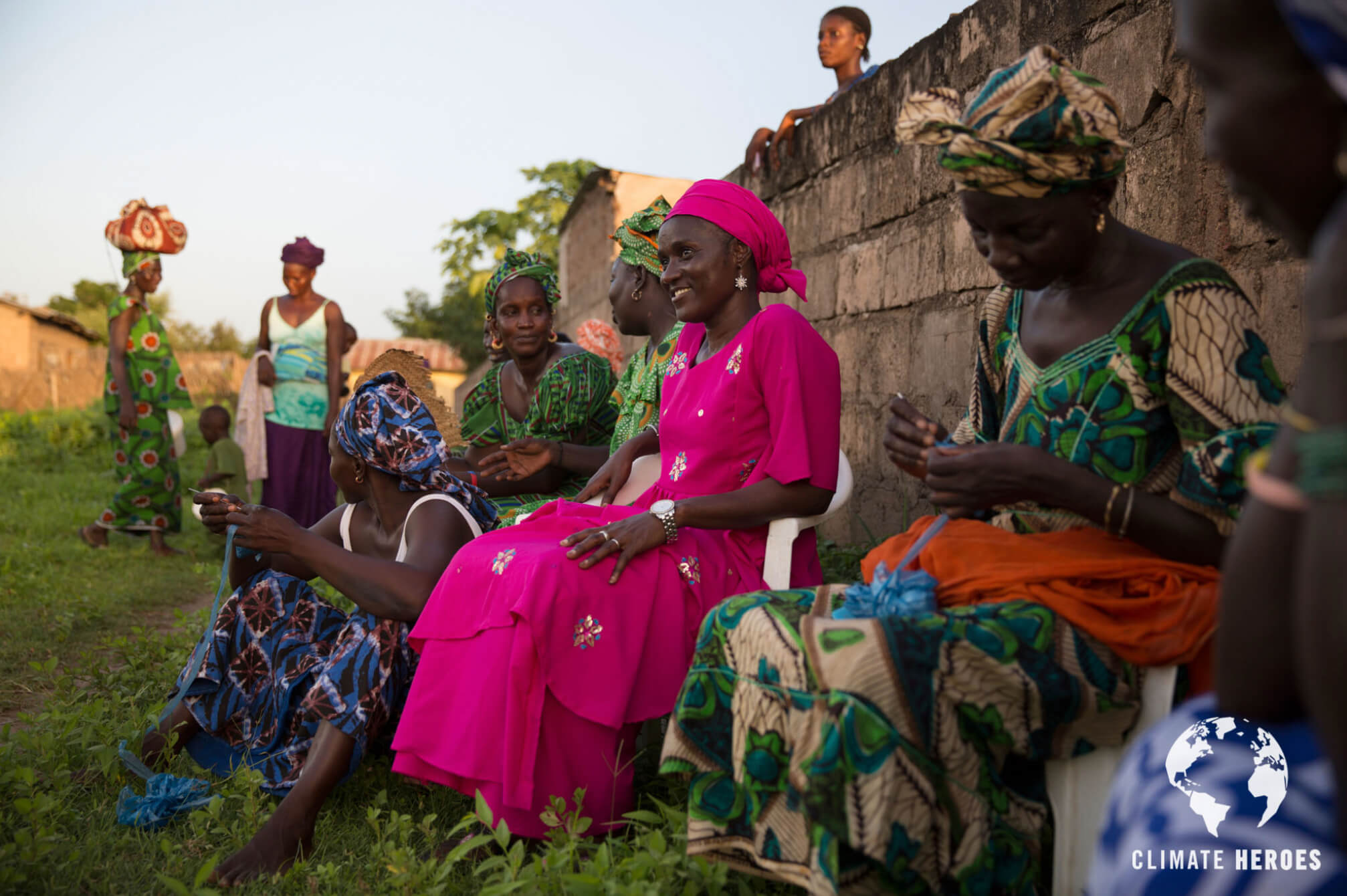