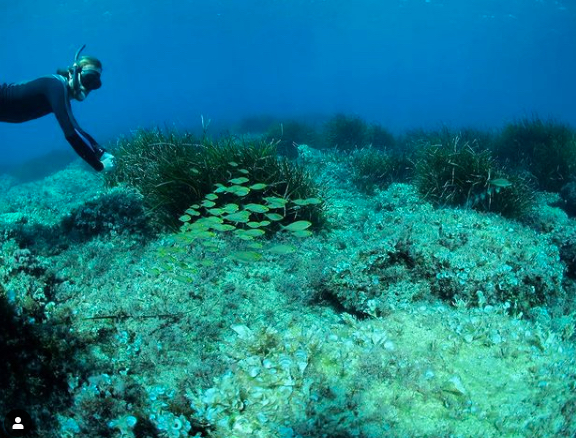 It lacks the tropical charms of coral, but seagrass is the hidden star of marine habitats, capturing as much as 40 times more carbon, per hectare, than dry-land forests. In Wales, the battle is underway to save this under appreciated underwater habitat…

Apart from coastal bathers who’ve gingerly waded through its tickling stems or sailors who snared their anchors in its undergrowth, few of us are aware of the 60-plus species of marine flowering plants that constitute seagrass. Fewer of us still appreciate that, like their submarine cousin coral, seagrass orchards are under threat. “The problem with seagrass is that it’s not a charismatic habitat like your coral reef or tropical mangrove,” says Project Seagrass’ Leanne Cullen-Unsworth of the family marine plants that grow in shallow and sheltered coastal waters across the globe.

Seagrass provides a range of services to terrestrial ecosystems: food and habitat for marine organisms, maintaining water quality and stabilising the seabed. Most importantly, seagrass meadows are the hidden stars of carbon sequestration; absorbing atmospheric carbon at quicker and higher rates than ecosystems such as tropical forests, one hectare of seagrass can store around 400 kg of carbon dioxide per year, up to 40 times more than a hectare of dry-land forest. (Making it second only to arctic tundra in its capacity as a carbon sink.)

Partly this is down to seagrass’ marine habitat, where oxygen-free sediment traps the carbon in plant material which then remains buried for hundreds of years after the plant dies (unlike the carbon in forests, which can readily be released by burning for fuel).

So seagrass’ loss is a problem for all of us. And sadly, in most global contexts these hard-working marine flora are receding. It is estimated that 92 percent of seagrass in British coasts has been lost in the last century, much of this erosion having occurred by the mid 20th century, when poor water quality borne of rapid industrialisation led to a wasting disease that scientists believe decimated seagrass meadows. Sediments and turbidity have also played their part in seagrass’ demise, as has physical damage from anchors and fishing nets, commercial seaweed production and the tourist industry, where aesthetics of pristine sands and transparent seas reign supreme.

“In tourist spots in the Indo-Pacific it’s common for seagrass to be torn up so a beach looks like the picture postcards,” Cullen-Unsworth says, who is however at pains to point out that seagrass conservation is not simply pitted against human activity – it provides a nursery habitat for commercial fish stocks such as tiger prawn, conch, Atlantic cod and white-spotted spinefoot. Cullen-Unsworth is one of the founders of Project Seagrass, a nonprofit that’s working to raise awareness of this underrated habitat and is undertaking pilot projects to explore how to best regrow eroded seagrass orchards.

Project Seagrass’ first large-scale project, Seagrass Ocean Rescue, is a partnership between Project Seagrass, Cardiff and Swansea universities and Pembrokeshire Coastal forum that aims to reestablish 20,000 square metre seagrass meadow in Dale, West Wales to demonstrate its environmental and biodiversity benefits, and serve as a model that could be replicated anywhere in the world where seagrass meadows are under threat. Costing GB£40,000 [US$52,000], the project is funded by charitable donations and the first of three ocean sites in Wales and England where Project Seagrass plan to restore native seagrasses in coming years.

The project involved volunteer divers harvesting two million donor wild seagrass seeds from extant meadows around the coast of the United Kingdom. The seeds were then planted in biodegradable hessian bags, by volunteers including Welsh schoolchildren, and these bags were launched into the sea at ideal sites off the Pembrokeshire coast. The chief limitation of the project is that native seagrasses take years to reach maturity, making data-gathering on best methods for replanting a slow process. The final seed bags were deployed in December 2020, says Cullen-Unsworth and though it’s early days she’s hopeful.

“We’re already seeing signs of germination,” she says. “It might be five to 10 years before we can absolutely demonstrate evidence of benefits in terms of carbon sequestration and biodiversity support, but still it’s all very exciting.”

“Britons used to be maritime people who were fully aware of marine habits like seagrass and their role in helping ecosystems to thrive. My hope is that seagrass will once again be as appreciated as grasslands and forests.” 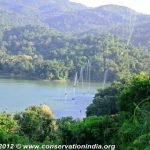 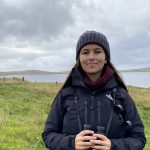 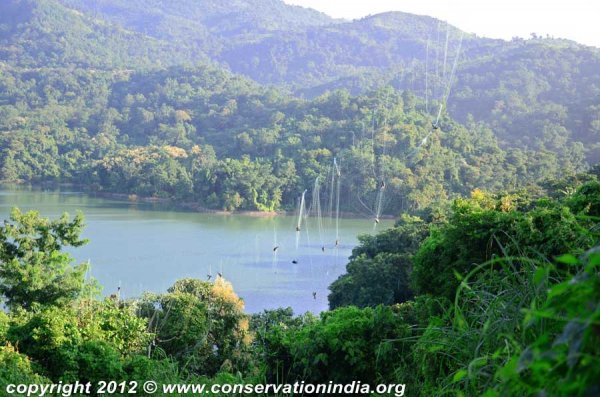